With a week remaining in NFL offseason programs…

• This is something I’ve wanted to write for a while – a market correction could and should be coming for NFL head coaches.

I’ll highlight Sean Payton’s example for context here. That Florida Sun Sentinel reported on Monday that the ex-Saints coach was offered a five-year, $100 million deal earlier this year to take the job in Miami. I was told that the offer itself exceeded $100 million four Years. And before that, in New Orleans, I heard that Payton had a five-year contract worth $80 million when you add it all up.

So he went from $16 million a piece and could have gotten $25 million a piece. Sounds like a lot? But is it? Take a look at the NFL economy and you might be taken in a different direction here. The league withdraws an estimated $18 billion a year. There are 15(!) quarterbacks making $25 million or more, and one makes double that. Aaron Donald, Tyreek Hill, Davante Adams, DeAndre Hopkins, Joey Bosa, Cooper Kupp, AJ Brown and Myles Garrett are also in attendance. Roger Goodell earns $63.9 million a year.

Still think Payton’s numbers are out of whack there?

Ultimately, most NFL folks would tell you that the quarterback is the most important person on a team’s football side, followed by the head coach. So I’d argue that the idea that a really good or elite coach would be worth closer to what a quarterback is worth is pretty reasonable given how every team should be cutting its pie from pro football’s fortune.

As I see it, the reckoning is coming. Payton has leverage because he already has money and will have multiple suitors if he decides to return to the sidelines. Sean McVay has influence on that Aries because if he goes away, a TV station will probably give him a raise on top of what he’s already earning. And if you want to snag a Ryan Day or a Lincoln Riley from the college ranks down the line, you’ve got to beat the eight-digit annual numbers these guys are pulling down (Check out what Carolina did to save Matt Rhule from it lure Baylor).

What I’m less sure about is how quickly the market correction is coming — owners have historically been determined to keep numbers manageable, and first-time head coaches are rarely able to say no, even when a below-market bid. But if a few big names make deals or even have a bit of a say? It could happen soon.

• So what’s the biggest difference between Kyler Murray and Lamar Jackson (who chose not to miss the veterans’ mini-camp) and DK Metcalf and Terry McLaurin (who chose to persevere)? Unlike Murray and Jackson, who made more money as former first-rounders (which should give them more financial flexibility to persevere)? Those two are quarterbacks and the other two aren’t.

And that means a decision by Murray and Jackson to hold on would affect everyone on offense – and would absolutely hurt the quality of work the team can do this week. That’s not to say Metcalf and McLaurin aren’t important to their teams. They are. But it’s a lot easier to make believe a receiver is out there to install than it is to simulate your starting quarterback running the show.

So I wouldn’t take the actions of these four for now this week, which means one player is more serious about getting paid than the other.

• Speaking of Metcalf, it’s at least interesting that per Seahawks Trainer Pete Carroll, Geno Smith seems poised to get first snap of training camp. The fact is, the Seahawks and the league know who Smith is as a player. He’s 31. This will be his ninth season and his fourth in Seattle. If there had been a revelation about Smith, it would have happened by now. And that makes the fact remarkable that Drew Lock hasn’t overtaken him yet.

Now Seattle certainly considered getting Lock in the Russell Wilson deal a priority – GM John Schneider loved that Lock came from Missouri in 2019, and Lock’s best bond came from the end of his rookie year when he still managed an offense, which is very similar to that of Shane Waldron for Carroll. However, the Seahawks have never been afraid to let a young man flash compete for game time. In fact, it only took the team one rookie minicamp to win Wilson starter rep in 2012.

So it’ll be interesting to see if things unfolding this spring will tempt Carroll or Schneider to take a second look at Baker Mayfield or Jimmy Garoppolo this summer.

• It will be harder to get such reading Panthers After Sam Darnold got out of their mini-camp this week, both he and Matt Corral are starting over with coordinator Ben McAdoo, even though Sam Darnold has been there for a year. Internally, at least, Carolina will have a better idea of ​​where they stand after this week and plans to meet afterwards to chart course at quarterback — whether or not the picture includes Mayfield or Garoppolo.

• A holdover from my conversation with Matt Ryan last week – I asked him what struck him from his exhausting tape study over the past three months, watching and learning about his new team at the Colts. He laughed, thinking his answer was obvious.

“The running game,” he said. And he confirmed he saw some familiar things in it, gleaned from working for five coordinators and twice for Dirk Koetter in over 14 years in Atlanta.

“The running game is a little different than what I did with Kyle Shanahan,” he said. “But there were times when we worked with Mike Mularkey early in my career, or Dirk Koetter’s first time, where there were similar plans. It’s all things that I’ve done, it’s just how they coach it and how they emphasize things that are a little bit different.

Having established that, one thing Ryan does knows what a great running game can do for him, as Michael Turner helped ease his transition to the league early in his career and he drove Shanahan’s vaunted running game to the 2016 Super Bowl.

“No doubt,” Ryan said. “I’m like, OK let’s go. Obviously you still have to go out and do it, you don’t just roll out of bed and run the ball like they did. You have to earn it, you have to work at it. But the potential is there. And the video proof is here. That’s part of it, I know, it’s about being a complete football team. And balance to me is running the ball when you want to run the ball and throwing the ball when you want to throw the ball, not going for the numbers and then playing a good defense.

“And all those things excite me about this organization. I’m fired up to be here.”

• Jerick McKinnon is a better story than he claims. A converted college quarterback turned jack-of-all-trades in Minnesota, he played well to earn a free-agent payday in San Francisco, then blew out his ACL for back-to-back years, missing every game of 2018 and ’19 and came back to earn a spot with the Chiefs.

McKinnon isn’t a superstar and never really was. But he had to earn his way back on special teams in Kansas City last year, eventually getting touches on offense and then becoming a key part for the Chiefs in the playoffs. He’s still fun to watch and will be interesting to see what Andy Reid does with him now that he has a good grasp of how to use him in 2021.

Regardless of how that plays out, though, it’s good to see McKinnon back out there.

• A nugget I collected from last week’s minicamps – new viking Coach Kevin O’Connell and GM Kwesi Adofo-Mensah were pleasantly surprised by the depth the team has in some positions. One is Stau, where officials believe they have some real talent beyond mainstays Dalvin Cook and Alexander Mattison. (I heard that sophomore Kene Nwangwu and fifth-round pick Ty Chandler are two to watch).

This, of course, speaks well for the work done by the old regime in building the list. And while we’ve written a few times over the past few weeks that the Raiders’ new boys felt there was much to build on with what they’ve inherited in Vegas, the same goes for O’Connell and Adofo-Mensah in the Twin Cities.

• So there’s a dispute over money owned by Chargers? Very surprising that this would happen in the ranks of the NFL.

• It’s good to see Trey Lance getting some extra work – and the hope would be he can make the same jump between spring camps and training camp as he did last year when he spent the team’s 40-day summer break he worked in Atlanta, North Dakota and Orange County to try to expedite its development.

Work ethic, drive and character were of course never a problem with Lance. We’ll see if the Niners look to a more natural pitcher this coming summer than they did last year.

• The replies to my tweet about Derrick Mason on Monday were interesting – some people couldn’t believe he would be considered a better recipient than AJ Brown. And I think I’d just end the argument by saying that while Brown has a lot of potential, he still has a long way to go to have the kind of career that Mason has had.

Mason was absolutely that good, and this whole thing feels a bit like people arguing that Randy Moss was better than Jerry Rice (he absolutely wasn’t) just because Rice wasn’t as physically imposing as Moss. Which, of course, means being an old man and telling you where to put your metrics and your highlight reels. Now, if you’ll excuse me, it’s time for my nap.

• The NFL must bench Deshaun Watson
• The Aaron-Donald deal: How the Rams are doing it
• How the NFL should feel about selling the Broncos
• 100 bold predictions for the 2022 season

4 more teams win NCAA regional titles, go to the next round 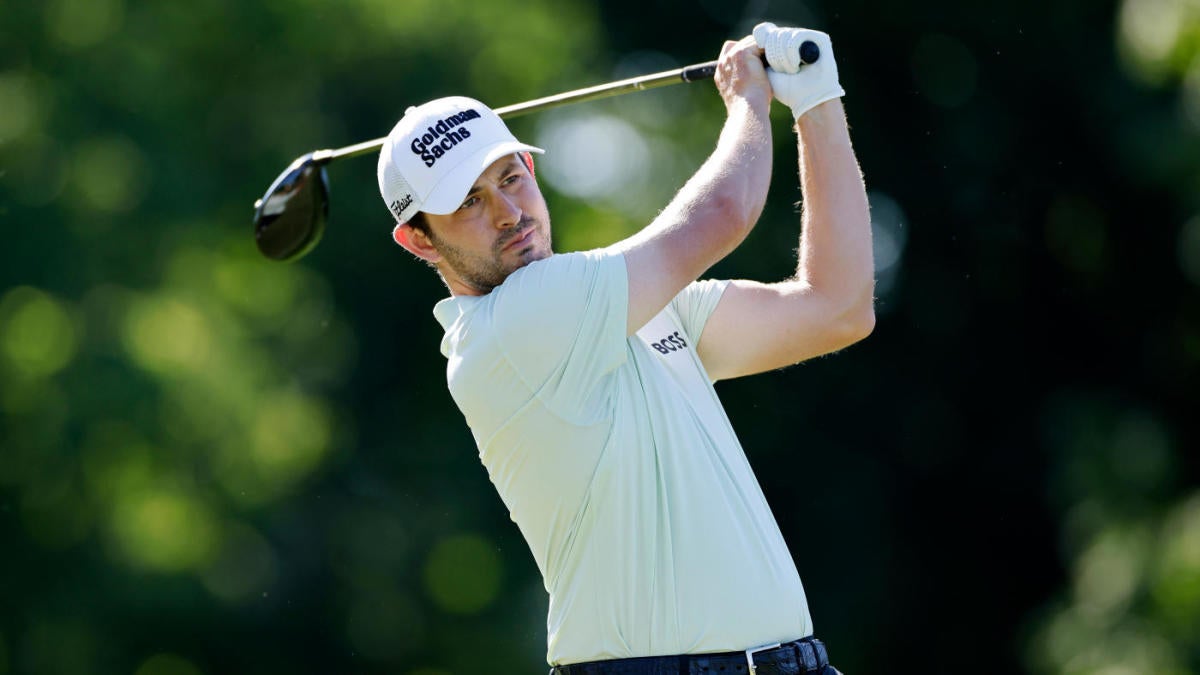