Marvel’s Midnight Suns got a brand new trailer at Summer Game Fest that not only revealed Spider-Man, but also the release date of October 7, 2022. The XCOM-inspired title with maps will be released for Playstation 5, Playstation 4, Xbox Series X|S, Xbox One and PC.

A fresh trailer showed off a new hero coming into the mix Spider-Man. The web-slinger is voiced by Yuri Lowenthal, who also voiced Spider-Man in the Playstation games, although this isn’t a crossover or set in the same multiverse. 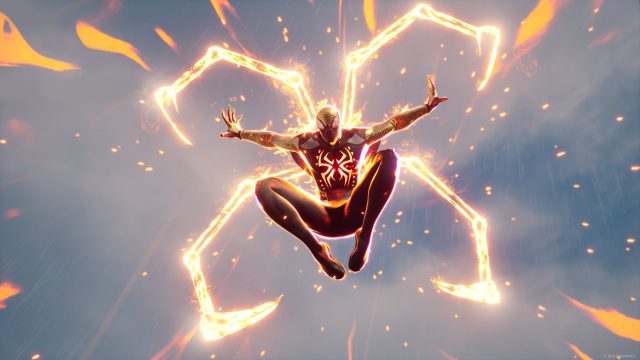 Spider-Man is set to come to Marvel’s Midnight Suns.

Midnight Suns plays on the darker side of Marvel’s narrative due to the presence of Lilith, known as the Mother of Demons. Other superheroes or antiheroes include Venom, Sabertooth, Scarlet Witch, and the Hulk. Players take on the role of a new superhero named The Hunter tasked with assembling a world-class team to defeat Lilith and her army of Hydra allies.

Previously, developer Firaxis revealed Doctor Strange, Iron Man and Blade among the characters that will be playable as part of your party.

Mightnight Suns is now available for pre-order in a few different variations:

The Midnight Suns Standard Edition only includes the base game for PS4, Xbox One and PC.

Purchasers of the Midnight Sun Enhanced Edition for PS5 and Xbox Series X|S will receive the base game plus new console tweaks and five premium cosmetic skins:

Those who choose the Digital+ Edition will get the base game and 11 premium cosmetics:

While the most expensive Legendary Edition includes the base game, 23 cosmetic skins, and the Marvel’s Midnight Suns Season Pass. No details yet on what the Season Pass will offer, but the list of skins includes a few variations of heroes:

If you’re interested in learning more about gameplay, combat, heroes and more, you’re in luck because we just released our Marvel’s Midnight Suns gameplay video.